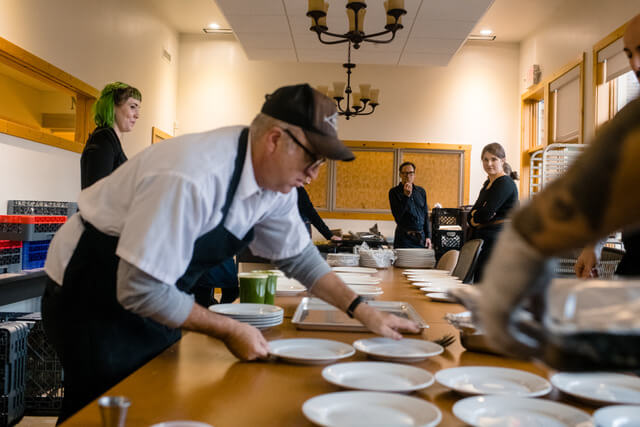 Owner and executive chef Dan Fox’s background includes cooking at some of Chicago’s most beloved restaurants (Everest and Spring Restaurant) as well as abroad at restaurants in Austria and France. The Kendall College grad most recently worked as executive chef at the members-only Madison Club before opening Heritage Tavern in 2013.

The Chicago area native also has a passion for pigs—raising heritage breeds, that is. In 2011, he founded FOX HERITAGE FARMS to raise heritage breeds of pigs including Hampshire-Yorkshire, Mangalitsas, Swabian Hall, Red Wattle and Tamworth-Hereford—all of which are prized by chefs for their flavor. Heritage Farms provides pigs to other Madison-area kitchens including Osteria Papavero, A Pig in a Fur Coat, Brasserie V, the Madison Club, and Milwaukee-area restaurants.